In the previous THSOB newsletter featured Craig Kirkwood’s return to the Commonwealth Games, this time as a coach.

What a Games it turned out to be for Craig and his two star athletes Hayden Wilde (triathlon) and Sam Tanner (athletics 1500m). Wilde’s controversial penalty over a transition violation may well have denied him the gold medal in Birmingham. It was a meritorious silver. Hayden has gone on to be a lead performer on the world triathlon circuit over the past three months.

Sam Tanner emerged as the nations most promising middle distance athlete from these Games. His 3m 31.34s for the 1500m places him second on the NZ all-time list just behind Nick Willis and comfortably ahead of John Walker and Rod Dixon. Sam’s run in Birmingham was the equivalent of a 3m 48s mile. At 22 years of age he has a very bright future.

Craig has emerged from Birmingham with an enhance coaching reputation. He is responsible for the two best endurance athletes in New Zealand at present.

CK Coaching services will be in demand in Tauranga and beyond. 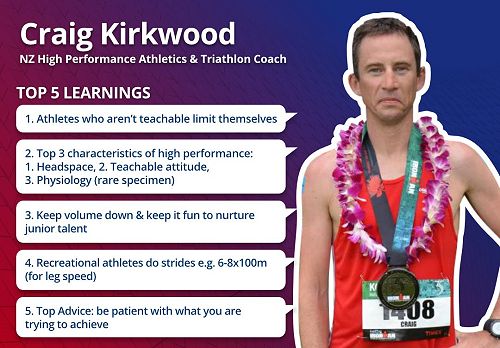