Races were held on Thursday, June 2nd at the old Ascot golf course in Christchurch.

Aoraki athletes are invited to this race but don't officially score so some of the placings are confusing and we have to do our own math to see where we would place in the all important 4 person teams race. TBHS were close to full strength with 21 athletes able to make the trip.

The under 16 race was also 3000m and Aoraki Champ Payo O’Sullivan was 3rd home in this age group. We have excellent depth here and the combined placings of Johnson Cleland in 7th, Ben Allan in 11th and Mac Brown in 19th were low enough to win this teams race from Burnside and Christchurch Boys’. Jonty Porter was also recorded as 19th and with Lewis Taylor 26th, Lachlan Crawford 33rd, Cooper Dupont, Kade Sturgeon and Ashton Bennett all given 35th and Nashoba Mehlhopt 37th Timaru Boys’ was the standout school at this level.

The Senior boys run 4000m and Tom Allan was our first home in 14th place. Josh Young came through the field for 15th, Malachy Cleland was also given 15th and Ryan Caldwell placed 19th. Christchurch Boys were a clear first here, but our team ranked 2nd comfortably ahead of Shirley Boys’ and Burnside. Also running well were William Talbot (22nd) and Max Finlayson (26th).

The focus now shifts to Nationals in Nelson in just 2 weeks where the main teams race is 6 to score (they also recognise 3 person) and the distances increase a little for our Senior and under 16 runners. 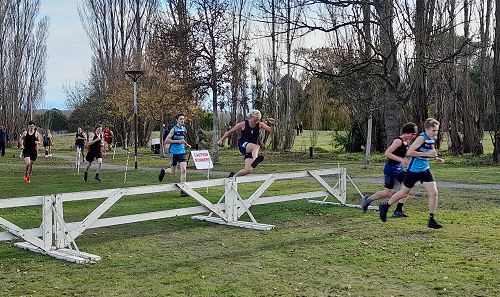 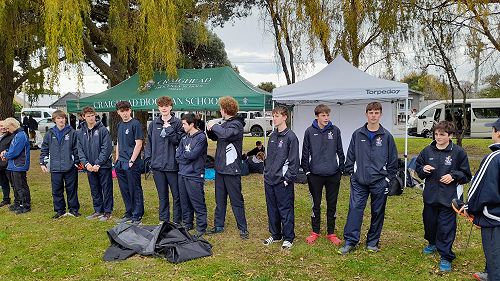 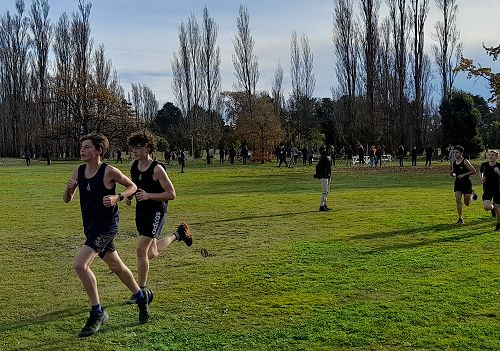