TBHS FEATURES IN A RUNNER’S TALE

‘On Falcon’s Wings’ by Richard Willis

Richard Willis would accept that his son, five-time Olympian Nick Willis, might have the greater insight into a runner’s tale. It is Richard, however, who is the storyteller. In semi-retirement Richard has self-published his third novel ‘On Falcon’s Wings’ where the lead character , Bruce McNash, was a second generation boarder at TBHS.

Bruce becomes the head of the boarding house and much imbued with the tradition of Lovelock and Tayler.

TBHS is a minor backdrop to the main action of competitive athletics, drug taking and the Marlborough Sounds family’s changing fortunes.

The novel will not feature in the NZ book awards though it is a lively yarn that holds reader interest.

Richard Willis taught Geography at Victoria University for several decades as well as being father of two sub 4 minute miler sons. He was a Wellington rugby rep in the 1970’s. Richard remains a passionate outdoors man and now a keen writer.

If you would like to purchase a copy please see the attached image for details. 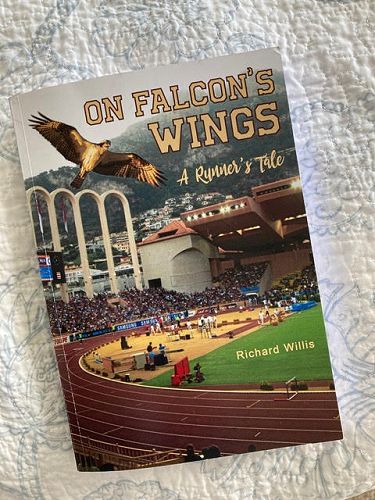 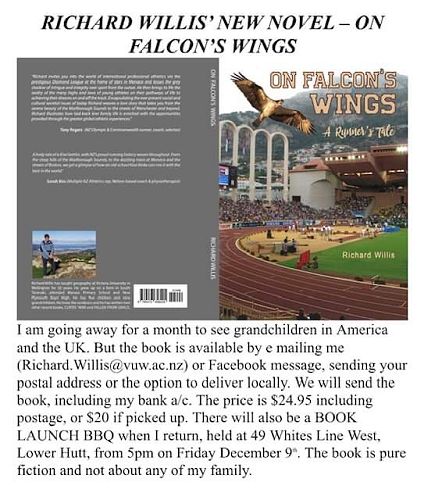