Ian has played for the Canterbury Representative Wheelchair Rugby side from 2018 to 2022. He was selected for the 2022 Wheel Blacks Rugby side to tour Australia playing and then as part of the squad to travel to Denmark.

The Wheel Blacks team is made up from a core of Paralympians that represent New Zealand. Ian Simpson, 31, was the squad’s sole debutant for the team. New Zealand had a tough pool competing against 11 strong teams all vying to be named the World Champions. The Competition takes place every 4 years, in October this year the tournament took place in Vejle, Denmark. New Zealand played 5 tests in a round robin pool to go through to a quarter final where they went down to England (2021 Para Olympic gold medallists). New Zealand finished in a respectable 8th place.

Ian was educated at Lake Tekapo Primary School prior to becoming a boarder at Timaru Boys' High School. He played rugby right through for Mackenzie RFC at JAB level at 1st 5/8 and then at TBHS on the wing.

Ian headed overseas plying his trade as a Qualified Specialist Welding Engineer in Calgary, Canada. He wasliving the dream partaking in Extreme Ski-ing on the Canadian Snow Slopes. Whilst completing pre-season conditioning training on a Trampoline, Ian suffered a tragic injury causing severe Paralysis and confining him permanently to a Wheel Chair. Ian returned to NZ where he settled in Christchurch and became a mentor to younger patients with similar disabilities.

Wheelchair rugby is open to athletes with disabilities that include at least some loss of function in at least three limbs. Most players have spinal cord injuries but players can also qualify through multiple amputations, neurological disorders or other medical conditions.

Players compete in teams of four to carry a ball across the opposing team's goal line. Full contact between wheelchairs is an integral part of the sport as players use their chairs to block and hold opponents. Wheelchair Rugby is a Paralympic sport, with twenty‐six countries competing in international competition and more than ten others developing national programmes. 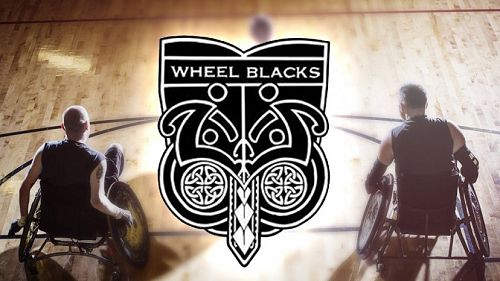