The Rite Journey programme has culminated in the final challenge of the year recently completed at Peel Forest Outdoor Pursuits Centre.

This final and most difficult challenge for many of the boys is called “The Solo”, which is based around the boys completing twenty hours in isolation within a designated site.

The boys are prepped before they head to Peel Forest and make their own penny stoves to cook their food on, they are briefed on how to make the best possible shelter out of the meagre supplies they are given (one tarpaulin, two guy ropes and a pack liner) and then they are off.

This year the forecast was reasonable for most of the week and 10PT were the first class to arrive.  The first camp always has the luxury of establishing the first site and clearing large amounts of exotic bush away.

10PT were all comfortable and dry when they were checked on and were in excellent spirits, a nice warm meal of noodles and sausages followed as long as the boys didn't run out of fuel for their stoves and they were set for the night. Being put to sleep by the sounds of woodpigeons and other native birdlife was a highlight for a number of the boys.

The weather turned later in the evening and the boys' shelters were tested by frequent showers and drizzle. When the boys were checked, they were dry and in good spirits and woke in the morning with a great sense of accomplishment and satisfaction.

The weather was sound for the remainder of the week and all other classes had an excellent week pushing themselves outside of their comfort zone.

Congratulations must go to all boys who completed the solo and earned their badge, these can be worn with pride in the years to come. A huge thank you to all staff who taught the programme and those staff that also attended camp and had the opportunity to support the boys. 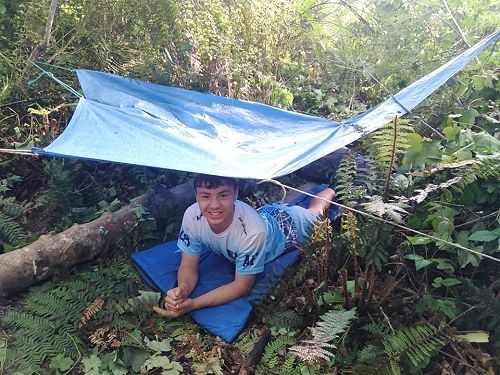 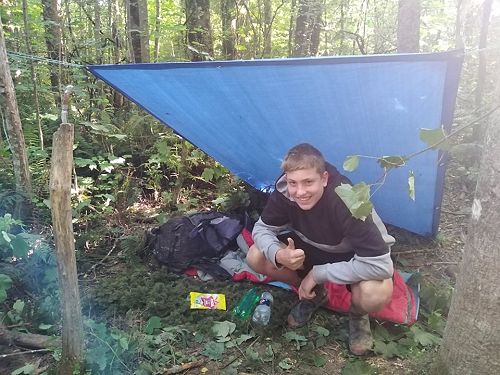 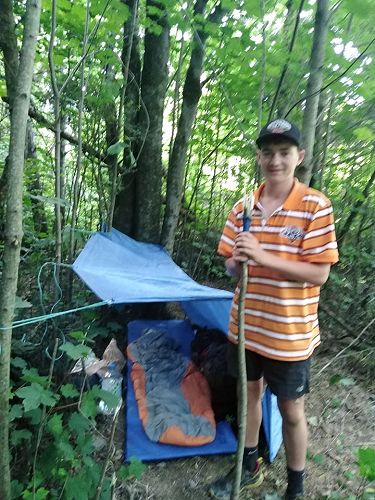