It is one hundred years since the birth of TBHS’s most generous benefactor, Roy Allen McKenzie. He was born on 7 November 1922. Over his 84 years he achieved success in many fields of endeavour and gave generously to causes and institutions he believed in.

Timaru Boy’s High School was a recipient of his generosity.

J R McKenzie, made the considered decision to send his two lads to board at Timaru Boys’ High School. J R was one of New Zealand’s most successful businessmen. Roy and his brother Don commenced at the school in 1935. Both made the most of their TBHS years.

Roy was a diligent scholar and knew he had to graft to succeed. He was a fine athlete.

A wing in 1st XV for two years he was the key figure a notable win over Waitaki in 1940. Tennis and skiing were the two sports that became Roy’s passions at school and beyond.

He left TBHS at the end of 1940 and commenced study at Otago University. The death of his brother Don in an air training accident in early 1942 hit Roy hard. His own war service followed.

It is often forgotten that Roy McKenzie is TBHS’s fourth Olympian. Roy was the Manager and Team Captain of the New Zealand Winter Olympic team in Oslo in 1952. Unfortunately, he was injured in the lead up to competition and was unable to compete. This 6th Winter Olympics was NZ’s debut. He retained a lifelong passion for the sport.

Personal success in business and a significant inheritance enabled Roy to embark on several decades of giving and supporting. It has been estimated that Roy gifted close to $200 million down the years.

Timaru Boys’ has been a significant beneficiary of the McKenzie largess. Through the McKenzie Trust Companies the school has received carefully considered support over the years.

· The TBHS Foundation Fund continues to this day with Sir Roy’s, Rangitira shares the principal investment.

· He enabled a place at Outward Bound each year for a TBHS student.

· In the early 1990’s aware of the importance then and in the future of new technologies, Sir Roy assisted in the set-up of the school’s first computer suite.

He cared passionately for his old school. He returned with the film crew when his story of giving and sharing in ‘Giving it all away’ was made in 2004.

Sir Roy was a genuine humanitarian. We have been fortunate he passed our way

*You can watch Sir Roy’s story “ Giving it all away: The Life and Times of Sir Roy McKenzie ‘’ on You Tube 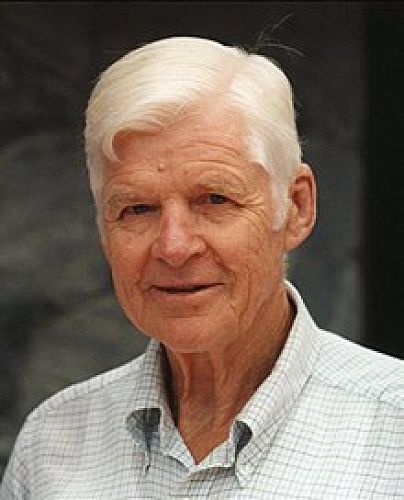