In a three week timeframe, a Rugby Sevens team that was much younger, smaller and inexperienced than previous years had to be moulded together, and fundraisers and sponsors sourced.

This was successfully completed and saw our boys attain outstanding achievements in Auckland. TBHS finished 11th in New Zealand and again came first in the South Island - simply incredible for a school of our size.

Kurt Rooney is an outstanding rugby coach, bringing a solid knowledge base and understanding of rugby and a wonderful way of instructing our young men.  His assistant Ryan Greenslade stepped into the role, only one year after leaving our school, and became a valuable asset. Edward Patterson as Manager left no stone unturned and performed many of the unseen tasks.

In pool play, we played three games with two wins and a loss, meaning we did not qualify for the Top 8 but played the second day in the 9-16 place section - still a great performance. In this section we won our first game but were knocked out in the second game, live on Sky TV.

Pool Game 1
Timaru Boys' 28 vs St Patrick's Wellington 7
An outstanding start. We went down early 7-0 but then 7-7 at halftime and three awesome second half tries. Jimmy: 2 tries. Hugh: 1 try, George: 1 try.  All converted by Jimmy.

Pool Game 2
Timaru Boys' 7 vs Palmerston Boys' 31
Down 17-0 at halftime. Not our best performance. Got back in to it a bit, but it was too late. Hugh scored, converted by Jimmy, but they achieved a couple more tries.

Pool Game 3
Timaru Boys' 27 vs Howick 19
A performance that showed real ticker. On top mostly.
Halftime was 17-7 to us. Tries to Jimmy x3, Ned and Liam. One converted by Jimmy.

9th to 16th QF
Timaru Boys' 19 vs Whangarei Boys' 10
A really good performance based around good defence. Now in for a chance for 9th place and put us in the top 12 teams out of the 32 playing. Halftime was 12-5. Tries to Sio, Jimmy and Liam. Two conversions to Jimmy.

9th to 16th SF
Timaru Boys' 21 vs Rotorua Boys' 40
What a weekend. Rotorua was too good. After being 14-7 down at halftime their lead stretched out quickly, but we were competitive. Final placing  was 11 out of 32.

This was a top effort boys, in a high-quality tournament. 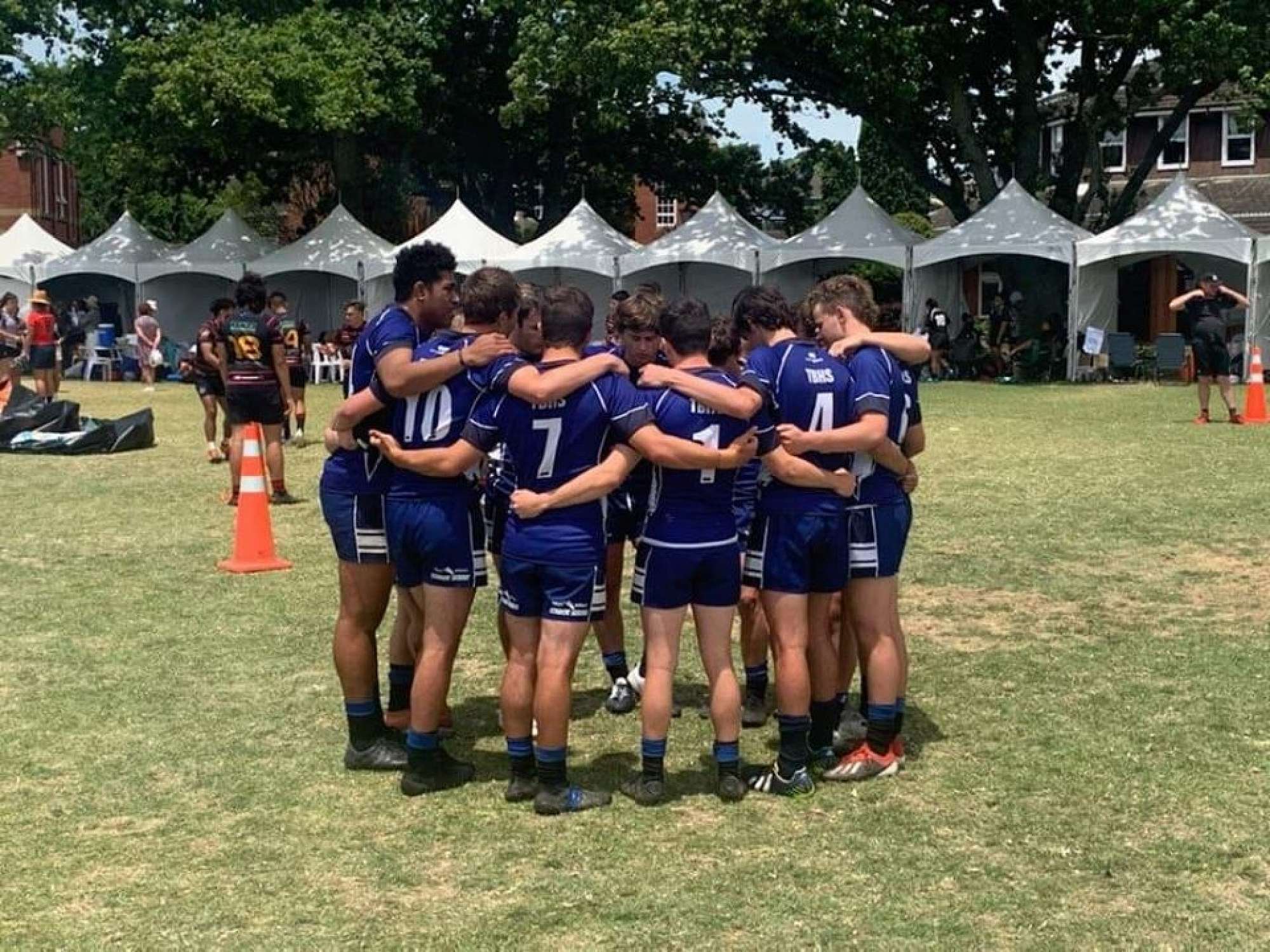