Recently, we discovered an area above the Thomas House Administration block that held a few old boxes of archives!

We were thrilled to discover some historical items, strewn amongst old receipts and detritus.

Additionally, we saw that the rafters in the same area are covered in boys’ surnames and dates of the years they attended. Some date from the 60s through to the early 2000s. (See the photos depicting just some of the names).

We found quite a few interesting letters or notices.

The application to become a ‘Ranked Senior’ is copied here. There is no date added, but we guess it is from the late 60’s to early 70’s. Someone may recall the format and let us know? Interestingly, the requirement to have an “adult outlook and sense of responsibility”, where new boarders were ‘welcomed’ with long standing traditions, is in contrast to our Hostel Prefects of today, who model academic and sporting success alongside a mature attitude and a willingness to encourage and support their Hostel ‘brothers’.

We were delighted to find a page of black and white photos of some of the boys’ from 1969, with quite a few names still known throughout the South Canterbury area.

Located in old personal files, were records of incidents in which we noted with interest, that Corporal Punishment was dispensed by Housemasters, with boys receiving two strokes of the cane for, “talking in prep”. One note in a file talks about an additional stroke as the boy, “ had asked a question during the prep session”. Another entry describes an additional, “four strokes” of the cane for laughing at the Housemaster ! It seems that juniors were somehow required to receive a caning for something. This could be achieved by talking in prep, just to get it over with.

These days the punishment dished out by House staff, is relegated to “Gating” or “jobs”. “Gating” is when a boy is restricted from leaving the Hostel grounds except for sport or extra curricular activities. This may be for a period of a day or a week, depending on the misdemeanour, and will include loss of phone privileges, and having to assist with kitchen / dining room duties.

The provision of food in the Hostel has always been a talking point, and it seems the past was no different than the present. In 1919, it is recorded that the boys held a food strike. They had lemon sago for pudding at midday, but “the board must have got the stuff for half price as it was about 75 per cent sand, more or less, and it kept one busy to get it down. We made up our minds not to eat the stuff and when it was laid out on the tables, we all got up and left. The following week we waited with expectation of trifle, steamed pudding etc. When the first course was laid, the maids disappeared, and we got nothing. The week after we were back on lemon sago again “.

Hostel Boarders today still have issues with the food, despite it being plentiful and varied! I don’t believe we have had lemon sago on the menu, but perhaps time to rekindle an old favourite?

Lockdowns may be an issue for us in recent times, however an entry into the ‘Rectory Notes’ of 1912 records, “Our second misfortune was our isolation. Two members of the Rectory developed Scarlet Fever and had to go to the Fever Hospital. The Rectory as a consequence, was isolated twice for periods of ten days. While segregated we amused ourselves in various ways, principally was four hours and a half of ‘swot’ everyday, besides playing football, cricket, and tennis and shot off a number of cartridges at targets, besides indulging in indoor games such as scallywag”. In 1945, it is also noted in the Timaruvian, that the Scarlet Fever epidemic kept the Rectory in isolation for almost a term, affecting 45 of the 120 boys. “Several boys were unable to return due to the after-effects of scarlet fever”.

In 1918, there was, “ A change, that certainly was not for the good, which has been introduced is that now the Rectory Boys make their own beds. The third term saw the entrance of this new-fangled idea, and although it has not been long in vogue, still a very noticeable decrease in the attention paid to studious duties and to manly sports does not augur well for this new scheme….is this tidiness worth the price paid ? – the degeneration of the youths of the nation and a lapse into effeminacy”. The Maids would have previously been required to carry out this aspect of domestic work. Needless to say, these days, ALL boys are required to make their own beds ! 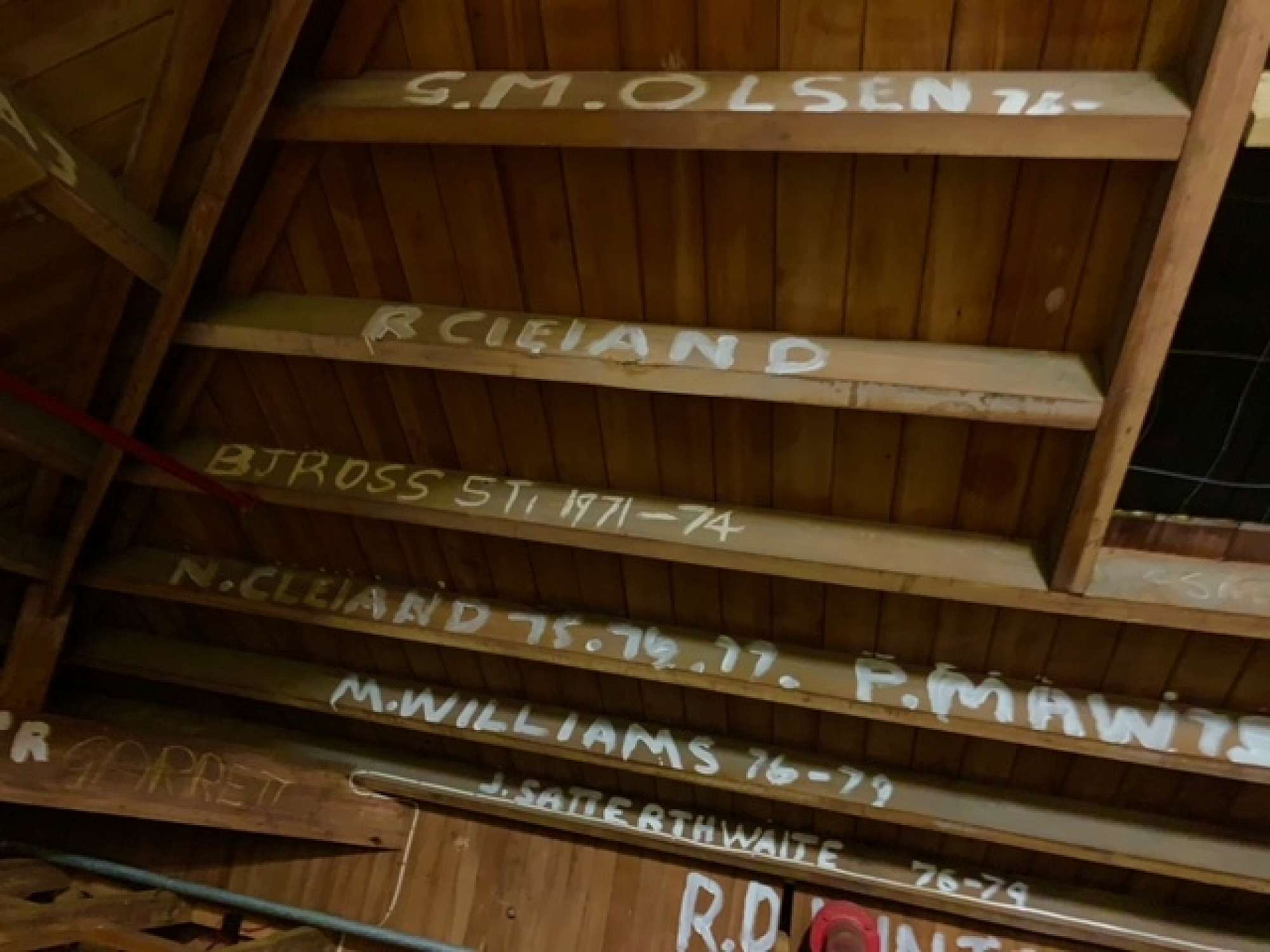 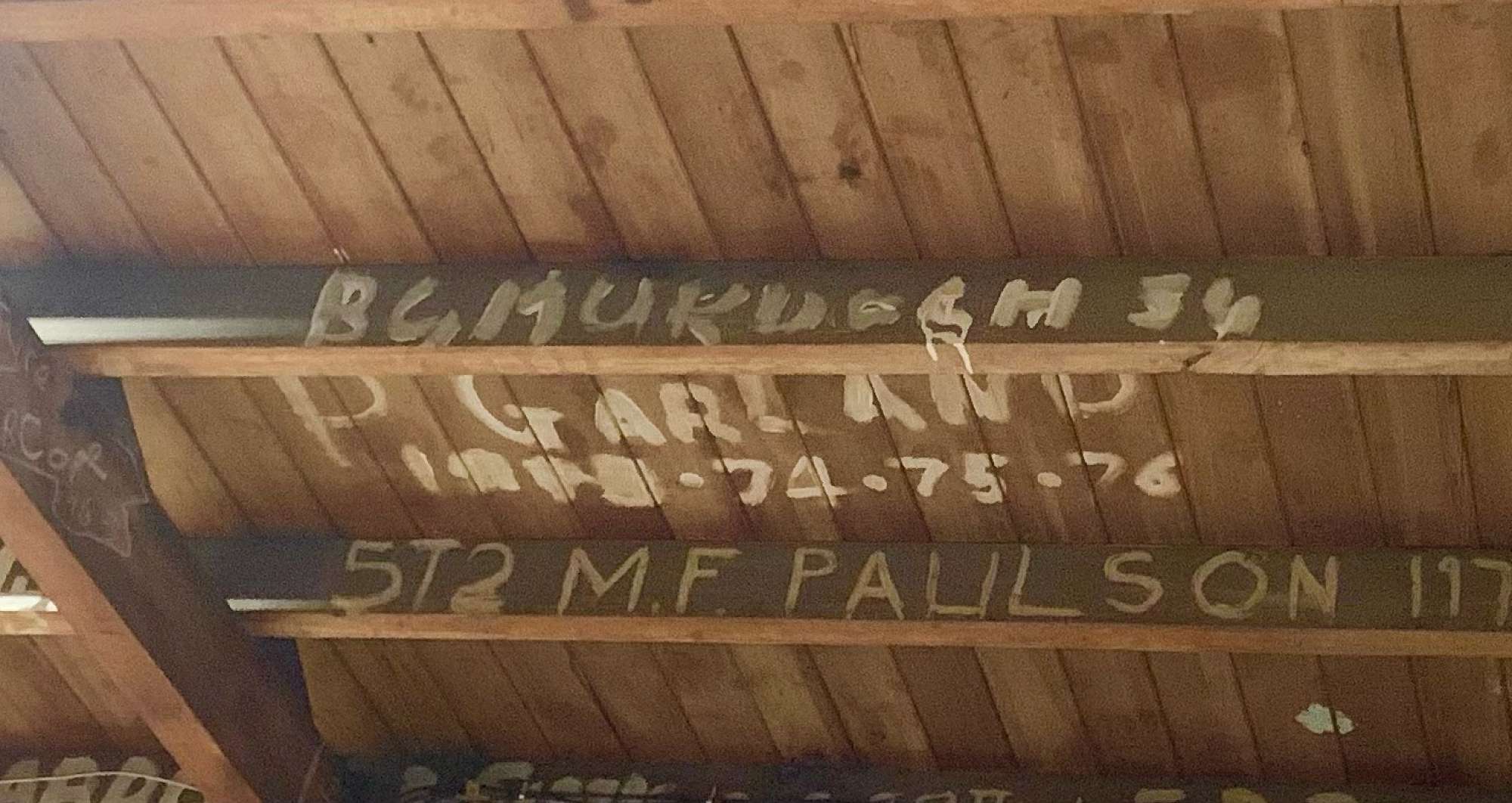 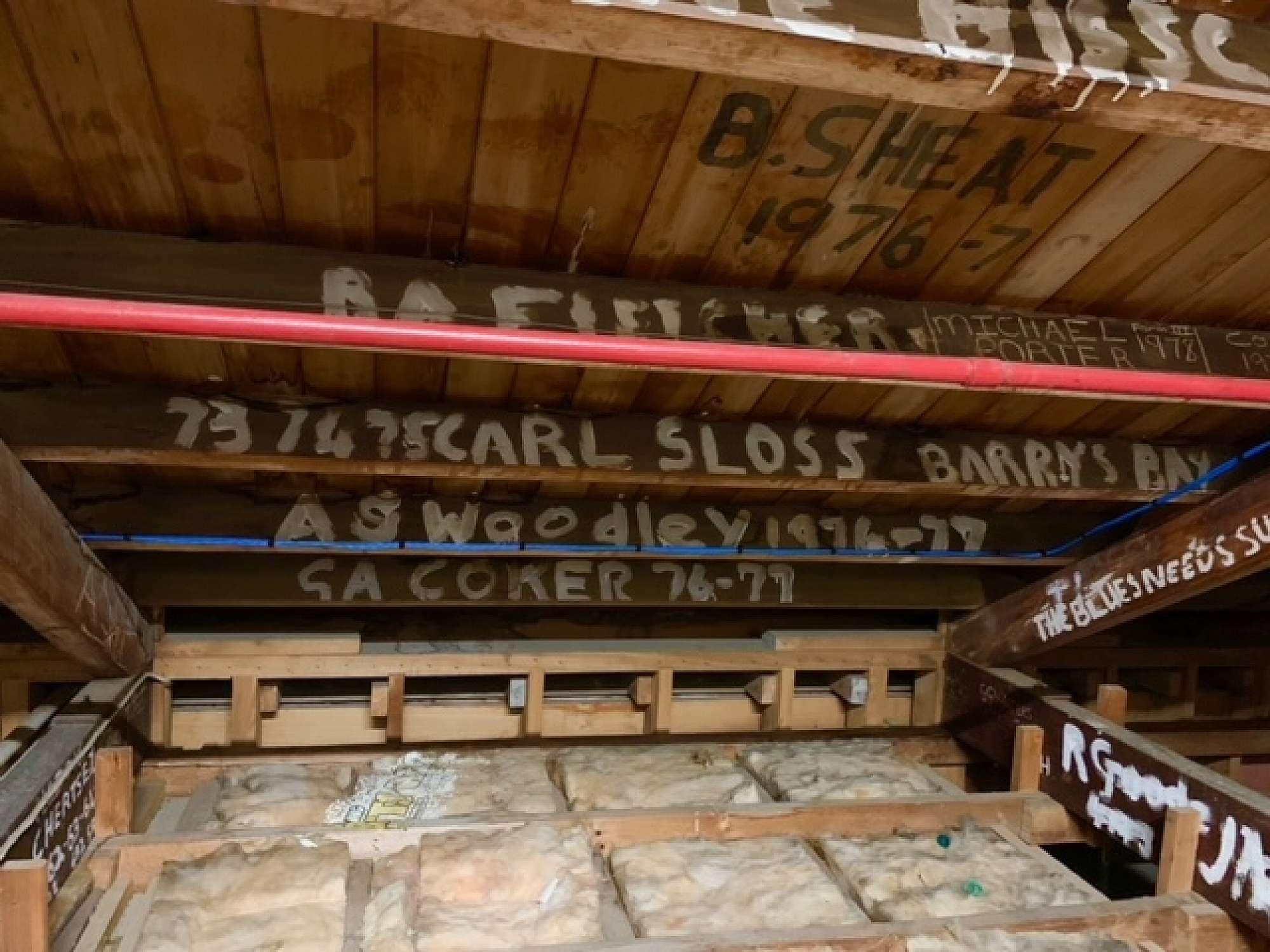 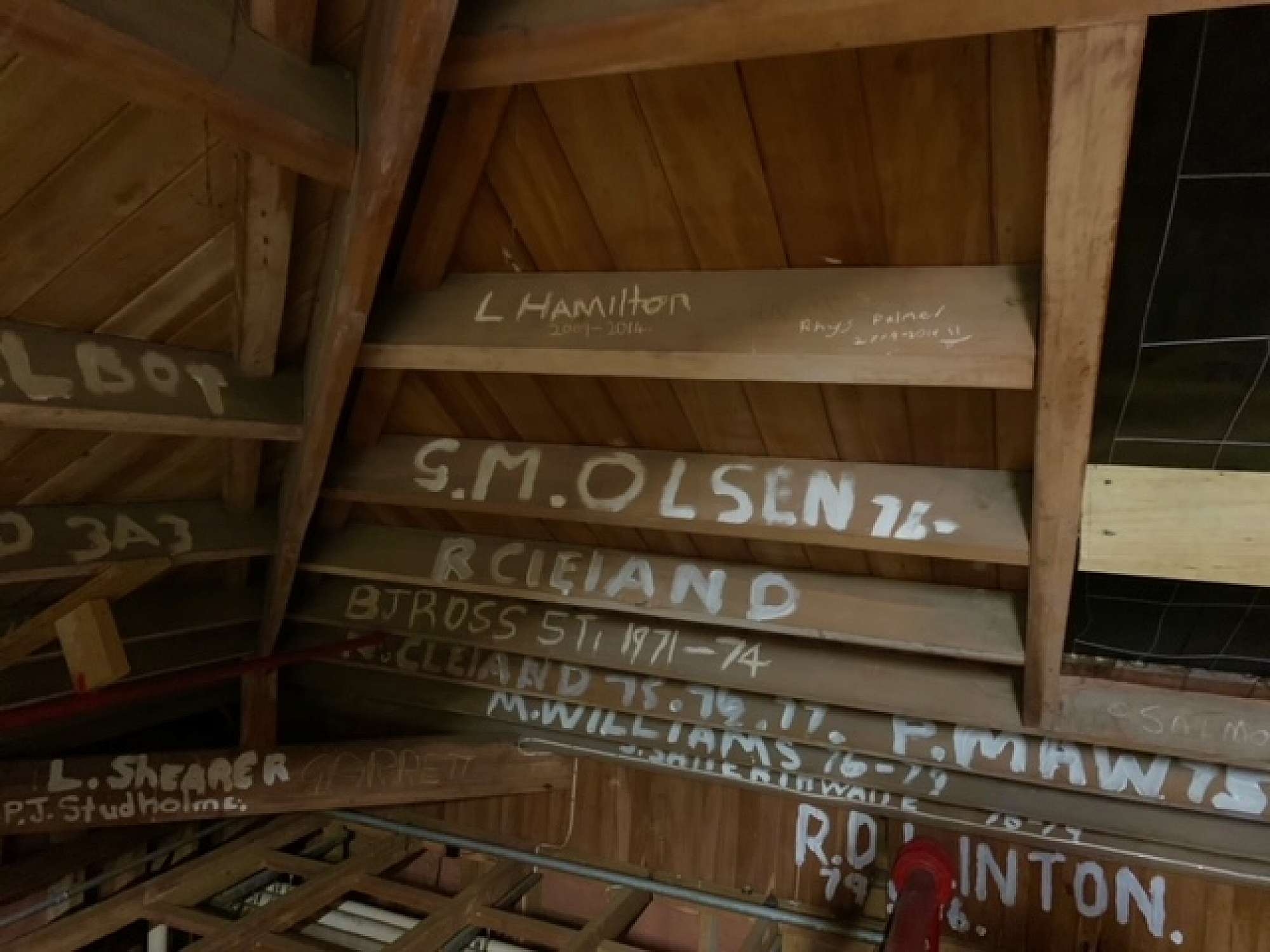 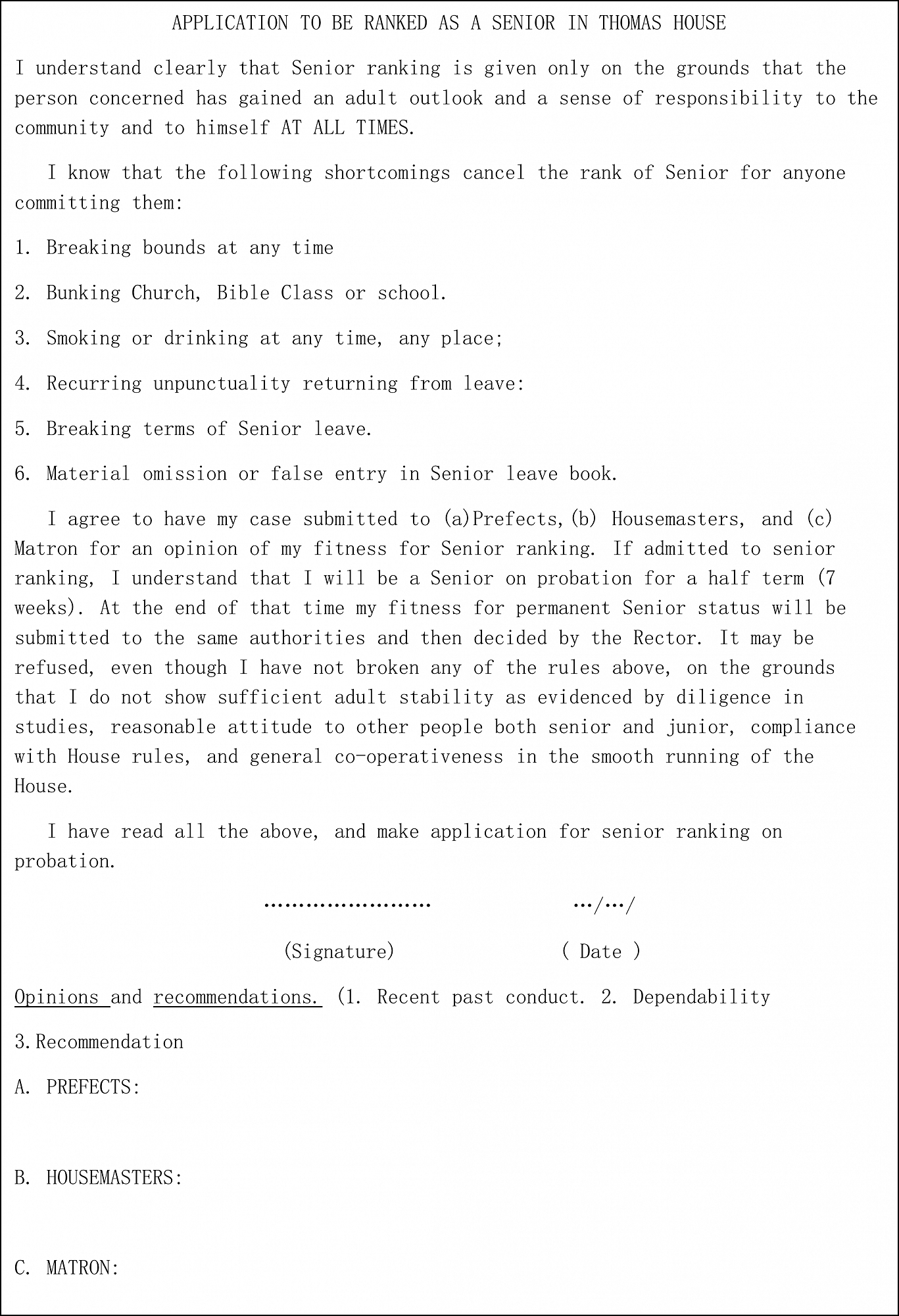